How much energy should I spend for my divorce proving my piece of s#*t spouse cheated on me?


You’ve learned that your spouse is cheating on you. You’re devastated, disappointed, sad, and angry all at the same time. What do you do now?

The first question is whether the marriage is worth saving. What’s the point of marriage if you aren’t going to be happy? I’m not talking an unrealistic, Pollyanna happy, where there are no problems at all in your marriage. But you should consider whether both you and your spouse will be willing to do the work necessary to repair your trust, and what the prospects are of that trust actually being repaired. And if you regain some trust, will that lead to a healthy relationship that makes you happy, or are there other deeper unresolved issues that will put you back on the path of relationship misery - which will probably lead to another affair?

If the relationship is not worth fixing, you’re heading toward divorce. Time to think about life after marriage. And the question becomes: How will this affair affect my divorce? Will my spouse be punished for bad conduct?

Effect of Affairs on Divorce

If an extramarital affair has either a significant financial impact on the marriage or has directly negatively affected the children, it may affect the court’s decision on financial and/or child-related issues.

Technically, the courts can take into account the conduct of the parties during the marriage in fashioning a property division order. However, long gone are the days when the government would force an individual to walk around wearing a scarlet “A” or put the “cheater” in a pillory for public ridicule.

Even just a couple of decades ago, courts were more likely to punish an adulterer by automatically penalizing that person in the division of property.

However, as time has passed, the courts have taken a less emotional and more rational and objective view of adultery. They recognize that adultery is very often a symptom of a bad marriage, and not the real reason for its demise. People in miserable relationships seek connections outside of marriage - that’s human nature. Of course, it would be ideal if everyone was forthcoming and honest about wanting to move on. But that’s not reality

Therefore, courts have narrowed the significance of adultery in terms of its impact on divorce.

If the cheating spouse spent a significant amount of money on an extramarital affair, it may impact the division of property. For example, if the cheating spouse spent a considerable amount of money on the affair, either going on vacation with or buying items for the paramour (I love using that archaic word!), or spending money on lodging to carry out the affair, the court will likely take that spending into account in determining a fair division of property and debts.

Also, less commonly, when considering negative impact on the children, it’s important to remember that the affair leading to the break up of the family is not in and of itself sufficient. Instead the question is whether the parent in their actions related to the affair directly compromised the children’s safety or well-being. If the answer is no, then it’s unlikely that the affair will on its own be considered a reason to deny the parent custody and/or parenting time with the children.

It’s very rare for an affair to compromise the safety of the children. Financial impact is usually the issue.

How much should I dig for information about the affair?

Considering the parameters outlined above, if you’re heading toward divorce, and there’s evidence that either your spouse spent a significant amount of money on an extramarital affair or compromised the well-being or safety of the children, it may be worth investing in gathering evidence of the affair. This can either be done through a private investigator or the discovery process in court, which allows for the exchange of documents and the answering of questions under oath.

If it’s a financial issue, the numbers will dictate how far you should go. The greater the amount spent on the affair, the more sense it makes to invest in nailing down that number so that you can argue for a credit in your divorce. For child-related issues, if evidence related to the affair shows that your spouse is willing to compromise the safety of the children, you should strongly consider thoroughly investigating in order to put yourself in the best position possible to protect the children going forward.

When considering how to tackle this dilemma in your divorce, be sure to pursue the issue if the stakes are sufficiently high as outlined above. But on the other hand, do not waste time and energy on it unnecessarily when you can be focusing on other issues that will optimize your chances of a good outcome. 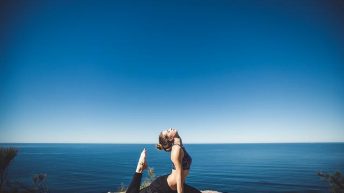